The One Question Not To Ask A College Coach

Ever met a person for the first time and didn't show respect in the context of the local culture (E.g. such as not looking each other in the eye while shaking hands)? That's a no-go, which could easily lead to starting off on the wrong foot. The same accounts for your recruiting process.


You reached out to a college coach, say a swimming coach, sent her your recruiting profile (Your Smarthlete Profile for example :D) and all of your stats and achievements. The coach agrees that she'd like to have a first conversation with you, say a regular phone call. 3 minutes into the conversation you pop the question:
"Coach, how much scholarship can you offer?"

Silence, irritation, perhaps a sigh before the conversation continues.
There are essentially two ways how the rest of your conversation could evolve:

It doesn't matter how it played out in the end; it's not a great situation. However, depending on the personality of the coach, her experience and perhaps to a certain extent also age, she will continue having a conversation with you. But chances are the conversation turns out to be a lot shorter than what you had hoped it to be. Ideally, the coach forgives you for your mistake and just moves on, because she really genuinely wants to get to know you; lucky you! Much worse, the coach finishes the conversation pretty soon thereafter, irritated by the fact that you would raise the scholarship question that quickly; that is your personal worst-case scenario.

It's fine talking money, as it is important to you and your family. But it's not fine raising this topic in a way, which is disrespectful to a college coach.
Let's have a look at why that's the case: 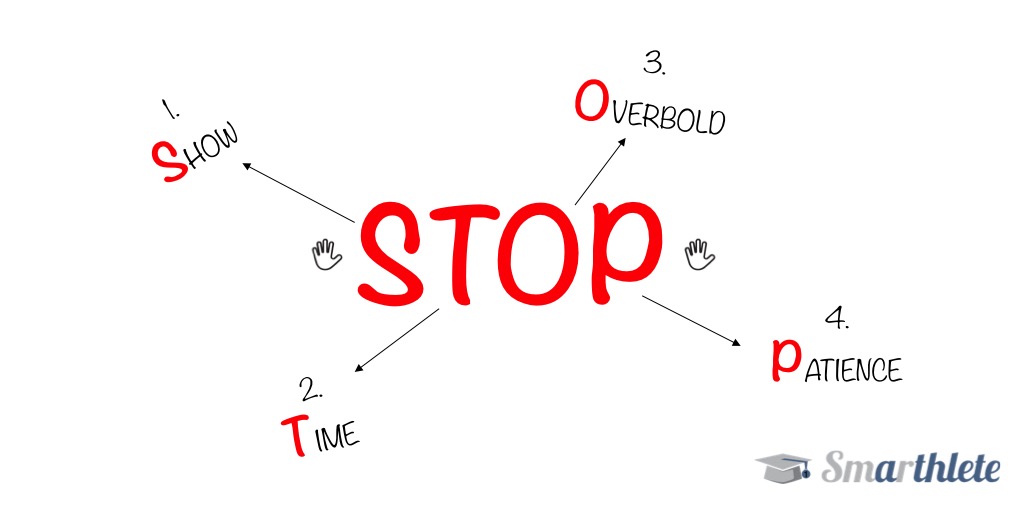 Let's get the elephant out of the room. No, you are not the only athlete coaches have on their recruiting list. You are in the race for one of the spots on the team. Chances are there is not that great a difference in terms of your athletic abilities; otherwise you all wouldn't even have made the list. But chances are there is a difference between you and another recruit when it comes to your academic achievements or simply who you are: your personality. You want to show coaches who they are about to recruit. You want to show coaches what they can expect from you to bring to the locker room - what kind of personality, attitude, mentality, interests, hobbies. Are we talking leadership qualities or nothing like that?

Asking that question might just take you out of the race, without having even shown your A-game or what kind of person you are. And the ugly truth is, it doesn't matter how well you fit to the team in your opinion. Your opinion doesn't matter when it comes to getting recruited.

2. TIME - The Right Time To Raise The Topic

Let's assume you have had a good couple of email exchanges, including a phone call or video conference. Also, you have managed to collect a lot of good insights about the school by reading up and asking the right questions (For example: "5 Questions to Ask College Coaches Before Signing"). Perhaps, you've even managed to meet in person.
Over the upcoming days you are about to have a second talk, in addition to speaking to another member of the coaching staff.
Now is the time when you're about to get closer to bringing up the topic. It's late enough to have provided the coaches with loads of great insights about you. At the same time you have ideally gotten them to really "want to recruit you".
But it's also the time when coaches will have a pretty good idea of where you're on their list. All the way on top or a little further down the list?
Either way, it's late enough to ask and not come across as purely rude, impolite, or ...

3. OVERBOLD - Don't Be The One Recruit On The List Who Comes Across That Way

Get what we're trying to say? It's simply bad manners to be popping that question too early on and yes, it also does make a huge difference in what way you decide to bring up the topic. Questions can be asked in one way or the other. In a kind, diplomatic way or in an overbold, blunt way. Not sure what we mean with that? Speak to your parents, coaches or friends about the way you were planning to raise the topic, if at all! Feel free to shoot us an email, in case you'd like to get our perspective. (Find our email address all the way at the end of the article)

A good read for those of you wanting to avoid other pitfalls of the recruiting process is this article of ours: "5 Biggest Mistakes in the College Recruiting Process"

4. PATIENCE Needed To Build a Relationship

And finally, the recruiting process is a process, with the definition of "process" being that it doesn't happen overnight - it does take time.
Be patient, engage in your conversations with coaches, get to know them better, do your homework: Enjoy the ride! It will be a once-in-a-lifetime experience and you better make the most out of it. There is so much to learn and find out about coaches, athletic programs and schools and the more time you invest, the better the result of your decision will be at the end of the day!

Think about your friends and how you've come to be friends. It took time until you got to the point where you're at right now. Would you have asked them to give you a "pile of money" just shortly after you met? Probably not. Admittedly, the comparison was perhaps a bit poor, but I have no doubt that you get the point :D

Because all of that takes time, it is key that you start early enough with looking for a school and talking to coaches. More about that here in another edition of out Smarthlete Blog: "3 Reasons Starting Early is Key in Getting Recruited"

So what does today's edition of the Friday Scholarship Guide leave us with?
It leaves us with the understanding that there is a clear, recommended structure as regards the art of relationship-building with coaches. "Putting a gun to their head" is not part of the recommended way of doing things. We hope you were able to learn something from today. As always, feel free to write us with any questions of yours, suggest other articles or ask us for help with your recruiting process at contact@smarthlete.com.

Smarthlete is the right place for prospective student athletes in order to find help with the task of identifying the perfect school for their academic and athletic goals! We look forward to hearing from you :D