How to Get Recruited Recruiting Timeline

What is a GPA?

Your Grade Point Average tells how well you have done in a given time period (usually one academic year or across all four years of senior high school) on the four-point-scale, with 4.0 being the highest you can get.
Note that there are different GPA formats, depending on the district of your school, allowing a student's GPA to also go beyond the 4.0 grade (for example by taking “Advanced Placement” classes).

The opposite goes for your weighted GPA, which is thus a “fairer reflection” of your performance in the class room in a given time period. If you had done well in Earth Science, this would have a (more) positive impact on your GPA than a good grade in Spanish.

No matter what GPA or academic performance you bring to the table from any country in the world, it needs to be converted to the American 4.0 grading scale. At big schools, admissions offices do that for you, but smaller schools often outsource this process to a grade evaluation service. Once you embark on your recruiting process, getting your American GPA converted is something that needs to happen sooner or later. It sometimes is a bit of an art to make sure you don't end up calculating something which is way off, but there are some really useful GPA converter tools and/or your recruiting service, which usually help with that. 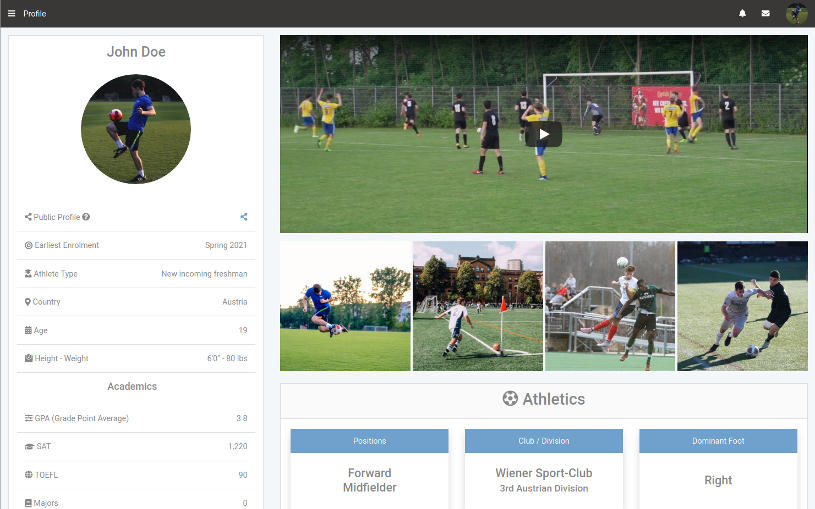 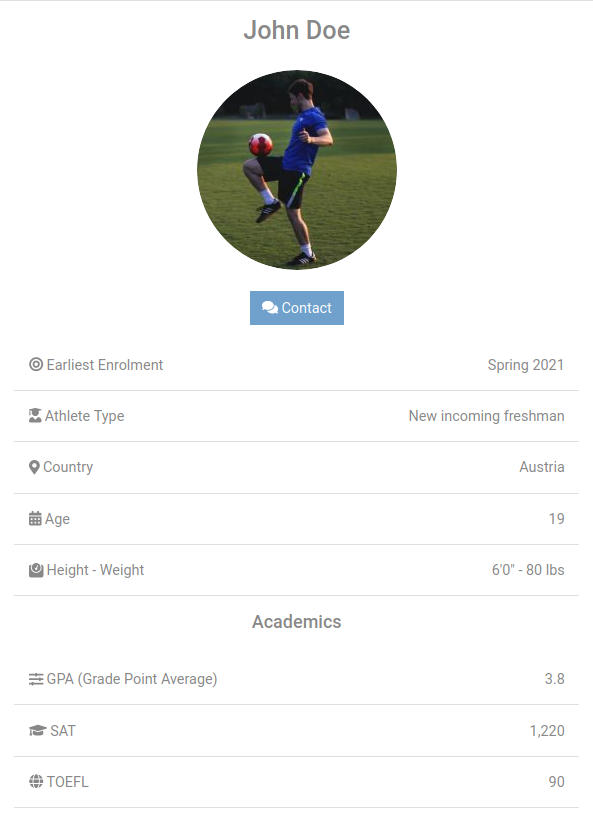 Your GPA is one of the the key elements of your recruiting profile, coaches need to see right from the start.

Why does my GPA matter?

Your GPA matters a great deal, as it's almost always one central factor in your college application. But if you plan on getting recruited by a NCAA D1, D2 or NAIA program, you also need your GPA to be eligible to compete:

The NCAA Eligibility Center definitely looks at your grades (and thus GPA) as part of your academic documentation. But make no mistake, your GPA of 2.75 will not be what the NCAA cares about, as your best grades from 16 courses (NCAA core courses) only will be taken into consideration.

While the NAIA Eligibility Center also accepts your high school GPA as one of three criteria to be eligible (GPA above 2.0), you can also replace it with a class letter rank (top 50% of your class) instead.

Any school can define its very own admission criteria. For some universities that might be a combination of college entrance tests (SAT/ACT), letters of recommendation and personal essays, whereas others might put a greater emphasis on GPA and entrance tests only. A lot of schools work with a GPA – SAT/ACT index table. In other words, a high GPA will offset a poor test score and vice versa.

While there is no universal answer (as many colleges don't like to reveal academic scholarship criteria), quite often, the above-mentioned GPA/test score index table is used to define a scholarship range for an applicant.
For example, an ACT of 26 and GPA of 3.7 may qualify a student for 15,000 USD – 18,000 USD in academic aid. The same student might move up a bracket were she to score 28 on her second ACT attempt, translating into 18,000 USD – 21,000 USD in potential scholarship money.

Besides improving your level of play, invest enough time in school work – your grades really do matter a great deal and may make the difference which school you end up getting recruited by.

In the global world we live in, no. It's a reality that some education systems are way tougher when it comes to professors' grading or grading scales used than others. Some countries are also well-known for requiring a higher standard of knowledge than other countries.

Ideally, the converted GPA reflects all that, but in reality, it doesn't always. This is when class rank letters come into play. It's not unheard of that a GPA of 3.5 puts somebody in the top 5% of class. Good admissions offices are able to interpret grade transcripts the right way or you can help them understand so much better; for example, through the “Common App” and/or stating additional information regarding the self-reported GPA (weighted, unweighted, class rank, etc.).

At the end of the day, your GPA is what it is and you still have every chance in the world to add strong academic test scores to your recruiting profile.

Read up on college entrance exams, ACT and SAT.
TOEFL, IELTS and Duolingo English Test, if you are an international applicant.